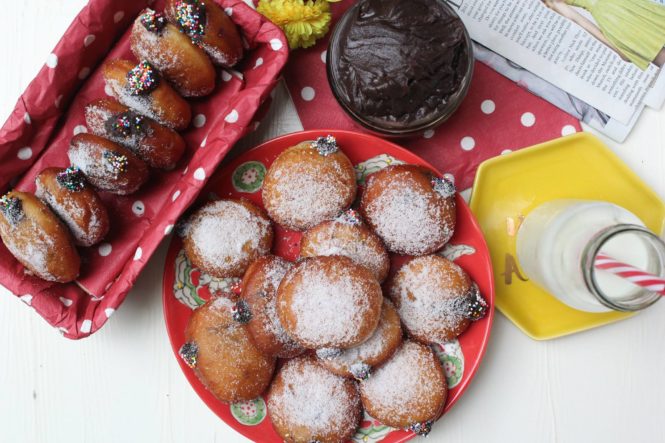 My visits to the mall always involve buying doughnuts from Krispy Kreme or Dunkin Donuts. I just love them with my coffee. I also end up getting a few extra for breakfast next morning! My love for them led me to trying this Chocolate Filled Doughnut Recipe. I have always wanted to bake my own breads, doughnuts, cinnamon rolls – basically anything with yeast in them. You get an amazing feeling when you work with a yeast dough. A warm cozy smell fills your kitchen as soon as you start kneading it.  And that smell intensifies once it’s baked or […] 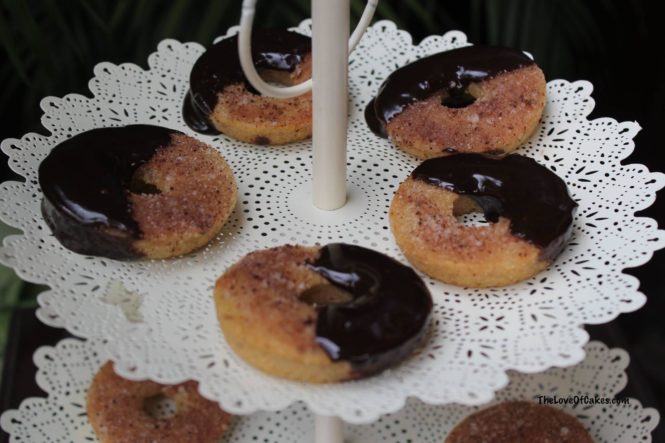 Whipped these simple yet delicious donuts for breakfast the other day! They came out so cute and pretty. I read several recipes for Baked Cinnamon Donuts on the internet and adapted bits from several to create my own. This one is a real simple recipe bursting with cinnamon goodness. On top of that it is eggless 🙂 I have heard several times that baked donuts never  taste like the fried version. It is partly true because all the recipes for baked donuts are basically adapted from traditional cake recipes. But then why won’t anyone love a simple, quick, eggless, non-fried, […] 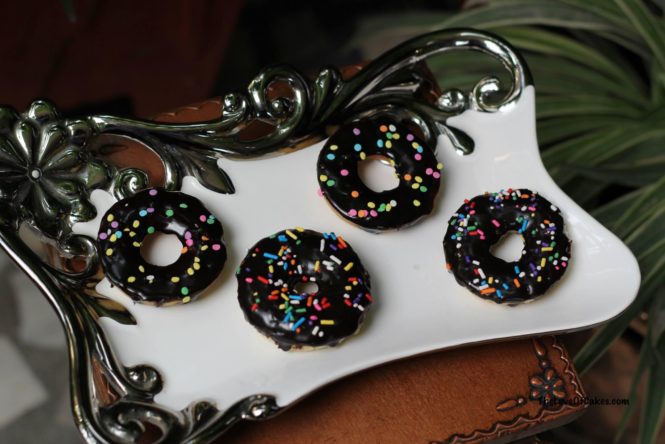 Hello lovely people! It’s been a long time I baked something. First the Navratras and then the laziness :D. Frankly I have been very lazy lately to bake anything. And even this recipe is a no-fuss recipe.    I love donuts and this is a baked version which is so effortless and quick. Since it’s not fried, it’s healthier than the regular donuts. Another reason to try it! My sister had gifted these mini donut tins a while ago and finally I got time to experiment with these.  These adorable cute little baked mini donuts are so light and lovely, […]