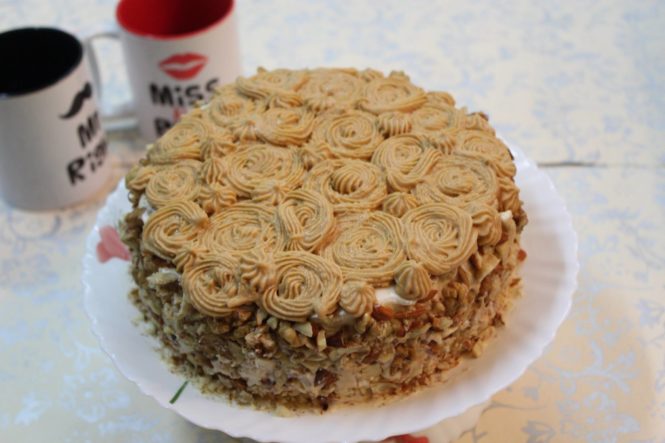 The Hummingbird Cake is a signature southern dessert. It’s basically a banana and pineapple spiced cake with a cream cheese frosting. I baked this one for my parents anniversary. The eggless banana and pineapple cake was spiced prominently with cinnamon, a spice that some despise and i absolutely love!

The layers had a dulce-de-leche mascarpone filling and the entire thing was frosted with a ready made Pillsbury cream cheese frosting.  And not to forget, the crunch from the toasted nuts! Each slice was so filling and scrumptious! All the flavours mingled beautifully!! 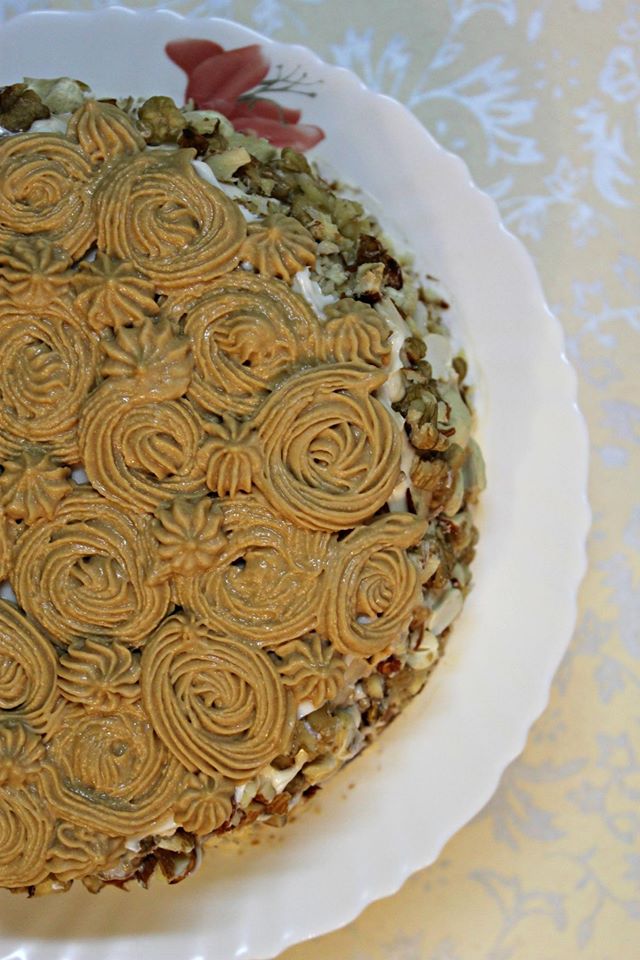 The Hummingbirds probably fed on fruits and nuts and hence this cake got it’s cute name. The Hummingbird cake is very rich and you get a sugar high when you dig into it. But don’t loathe it for its calories and sugar content, because technically it’s got fruits and nuts to its credit which make it healthy! Okay, not healthy but not hate worthy either.

Caramel is something that goes really well with cinnamon. So I thought it would be great to do a dulce-de-leche mascarpone filling between the two layers. And I was so right about it :). 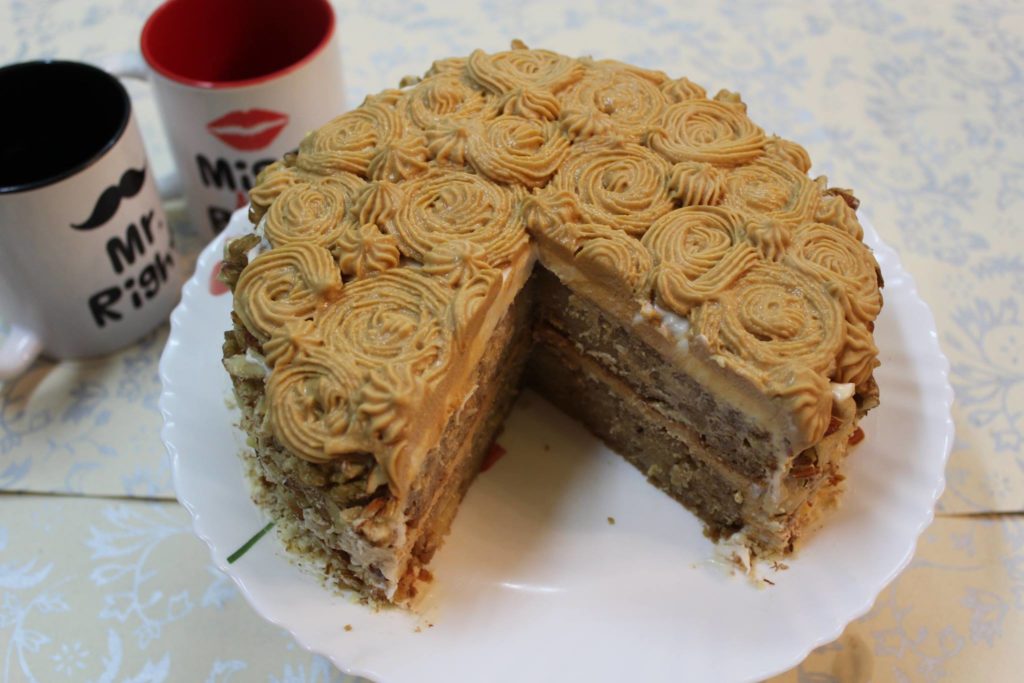 Once baked and filled, The Hummingbird Cake was frosted with a readymade Pillsbury cream cheese frosting which my sister had picked up from the airport while travelling.

I hope you have noticed my attempt at piping the rosettes out of the leftover dulce-de-leche mascarpone filling. Although not perfect, they were still a beautiful sight! 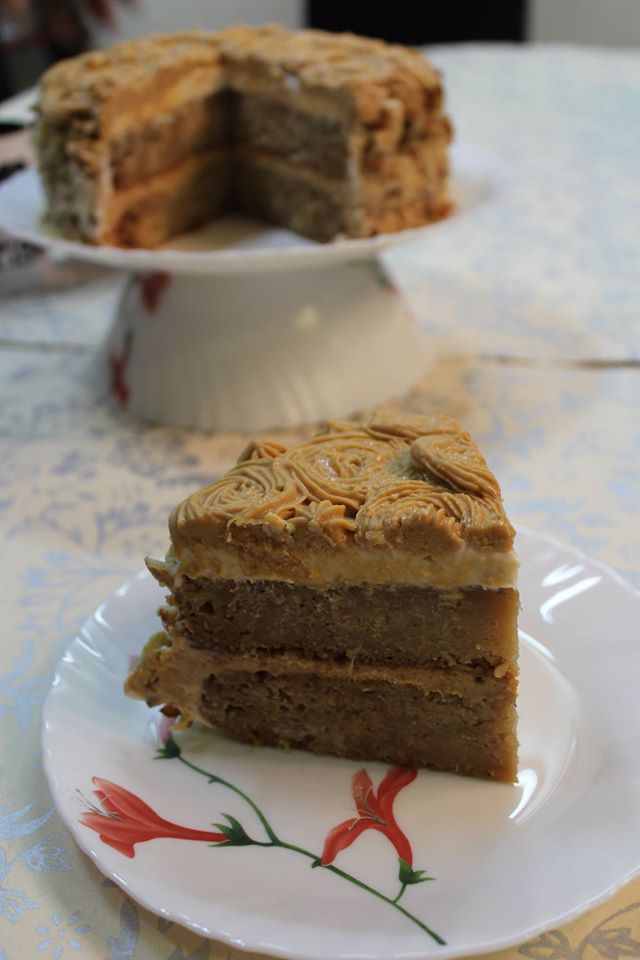 For those of you, who aren’t aware what Dulce-de-leche is : It is a very creamy caramel, somewhat thick and golden. Usually made by cooking condensed milk till it reaches this state. The net is full of recipes to make this sweet delight. Some recipes require simmering the can of condensed milk in a big pot of water for 2-3 hours and some say that the oven can do the trick in about 2 hours of time. But I am personally a fan of convenience and use the  pressure cooker to make Dulce-de-leche in a record time of 30-35 minutes!! Basically, just submerge the can in enough water, that lies at least 1.5-2 inches above the can. Once the cooker lets a whistle at high heat, simmer for 25-30 minutes. And voila, you have the sweetest luxury with you in no time! 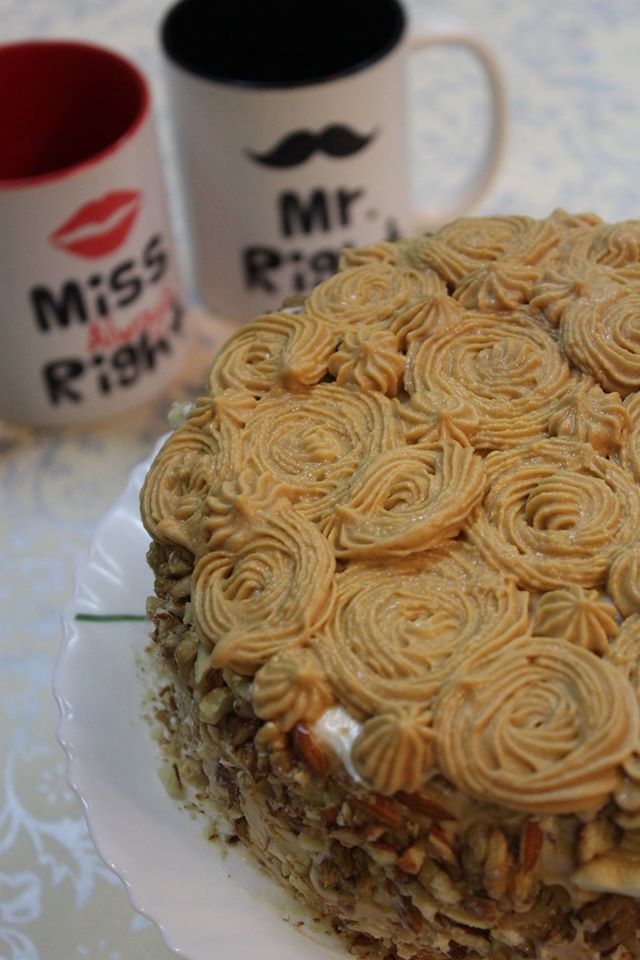 If not comfortable, you can totally swap the dulce-de-leche mascarpone filling for the same cream cheese frosting that you will use around the cake as well. But on a serious note, there can’t be an easier way to make Dulce-de-leche than this!

If you try the eggless Hummingbird Cake , post a picture or leave a comment to let us know!! Keep baking fellas :).

For the Banana-Pineapple Cake
For Caramel Filling

Roast the bananas in the oven for 5-7 minutes for extra flavour. 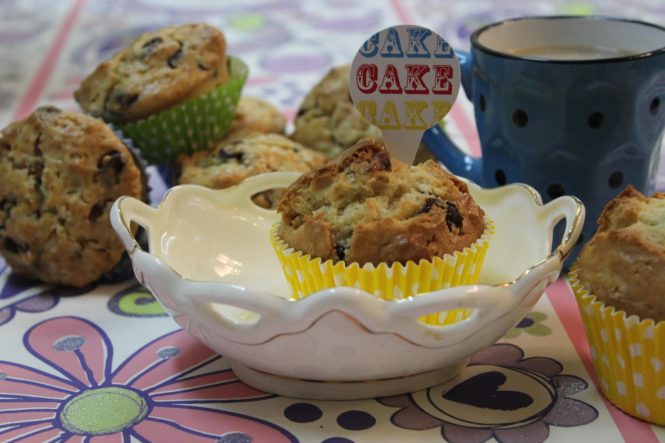 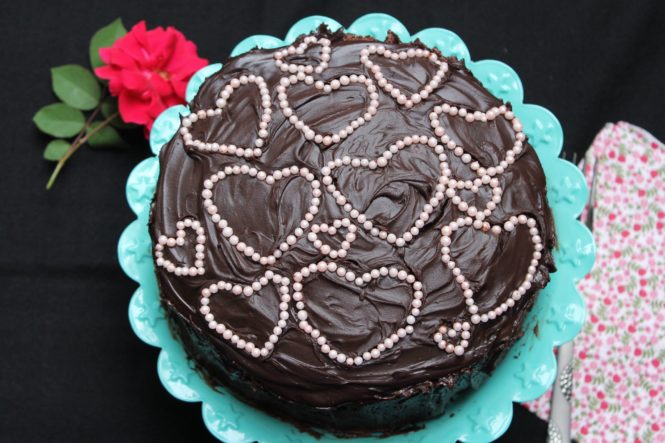 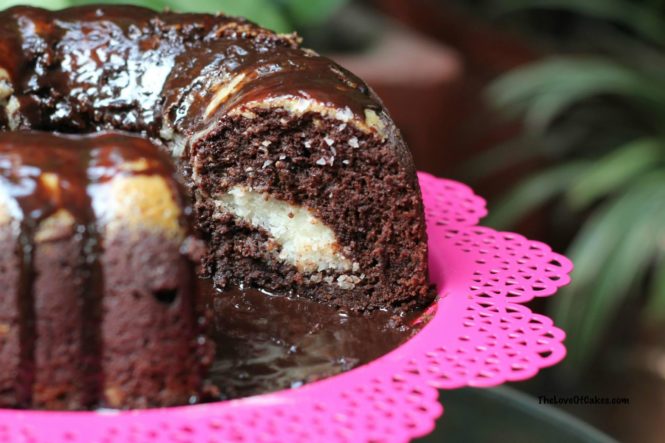